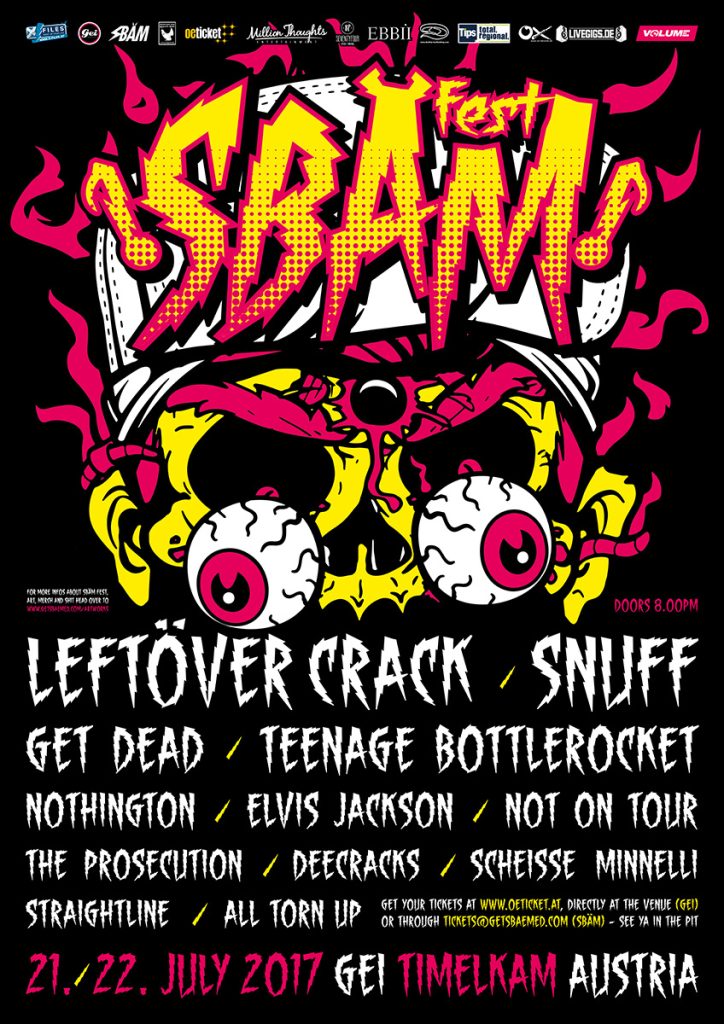 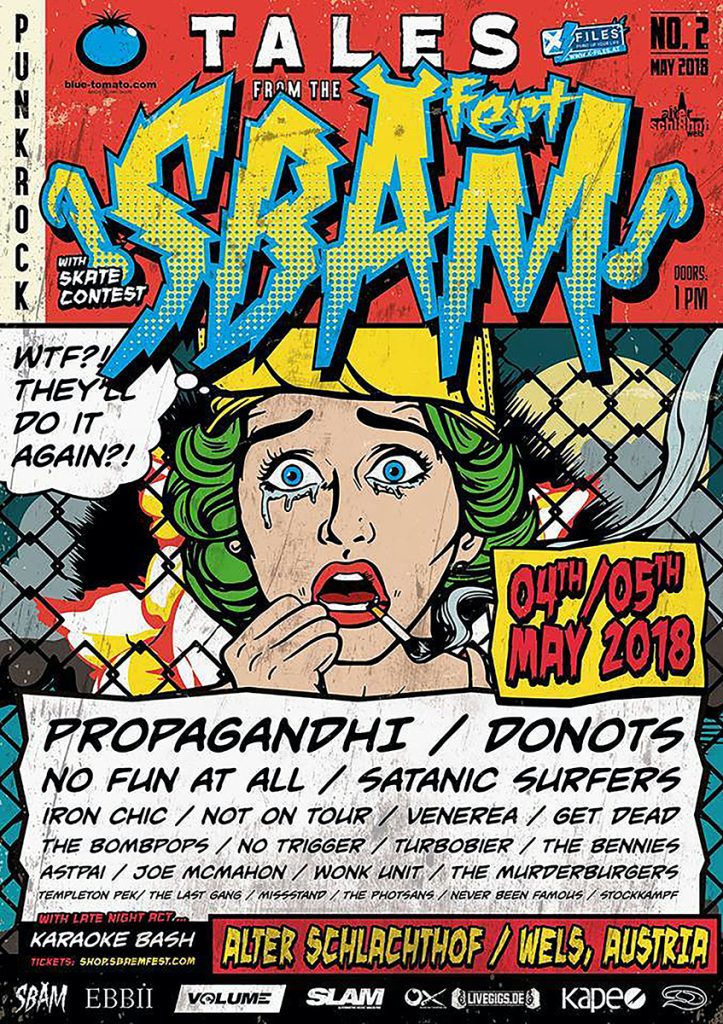 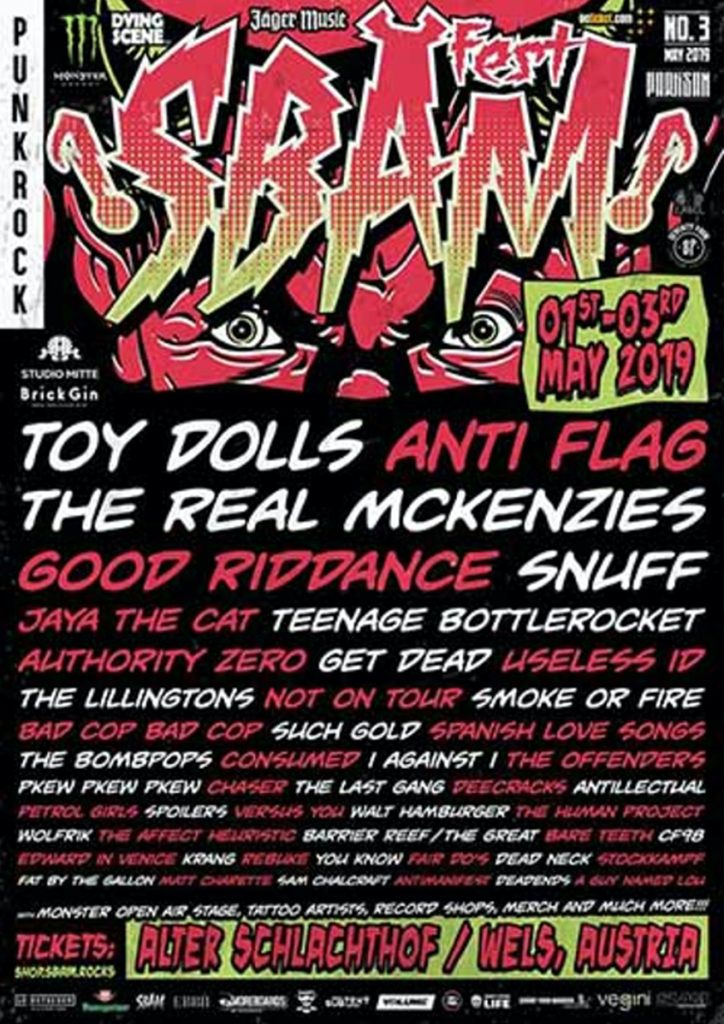 How much art can you take? This question is not only one of Stefan Beham’s countless tattoos – no, with SBÄM he also provides the correct answer: MORE! What started with a tour poster for Joey Cape, stands for countless more artworks, festivals, concerts, a record label and a still growing team today.

In 2015, the artist Stefan Beham founded SBÄM (an onomatopoeia of his full name Stefan Ägidius Beham) and originally focused on the creation of artwork for bands from the alternative music scene. Thanks to his own initiative and a lot of heart and soul, he quickly counted well-known greats such as The Offspring (US), Blink 182 (US), NOFX (US), Frank Turner (UK), Pennywise (US), Russkaja (AT), Turbobier (AT), Krautschädl (AT) or Flogging Molly (US) among his customers.

The relationships to the bands, their managements and to international booking agencies, which arose through the cooperation, finally helped SBÄM to organize the first edition of the in-house music festival SBÄM Fest in Timelkam in 2017. This was quickly sold out with around 400 visitors and, although still kept on a fairly manageable scale, was immediately well received by the audience and performers. Therefore, the next editions of the SBÄM Fest were moved to the Alte Schlachthof in Wels. About 1000 visitors per day promoted the festival to one of the most well-known scene festivals in Europe in no time.

What both fans and artists particularly appreciate about SBÄM Fest is the family atmosphere of a huge club show. It is not uncommon to meet band members in the merchandising area, at organized autograph sessions or partying in the middle of the crowd.

In July 2022, the fourth edition of the SBÄM Fest will take place at the Tobacco Factory in Linz. The clear goal is to take the SBÄM Fest to the next level and to send a huge cultural sign of life, that will reach far beyond the city limits of Linz. Two stages are planned for 2022: A large outdoor stage for around 5000 visitors and a smaller indoor stage for around 1000 fans. Already confirmed are top-class acts like Descendents, Millencolin, Donots, The Bouncing Souls, No Fun At All and many more – and these are not even the headliners, you can look forward to. Besides the phenomenal line-up, the visitors get even more: Grandiose side-actions will provide unforgettable festival moments and make the SBÄM Fest 4 the perfect meeting point for the European Punk scene and everyone who wants to join!

Every year the SBÄM Fest enjoys the growing international audience. At least 60% of visitors come from outside Austria. Among them the majority from Germany, the Netherlands, Sweden, Great Britain, but also from the USA and Australia. Many of them plan the festival as part of their vacation and thus also spend a few nights in the Upper Austrian capital.

One thing is for sure: Punk’s not dead – and SBÄM makes sure it stays that way! Stefan Beham and his team believe in the power of their community and want to keep Punk relevant for the next generation of music fans.

Organizer Stefan Beham about SBÄM Fest 4:
We had to postpone SBÄM Fest 4 a total of four times due to Covid-19 – that was pretty tough and painful each time. All the more, I’m looking forward to finally being able to put all our plans into action in 2022. And we have quite a lot planned: In addition to the great line-up, for which fans are even traveling from Australia, we have come up with two side actions to offer the audience a bit more. My youth hero Steve Caballero will be part of SBÄM Sports and in the context of the SBÄM Exhibit I will present my works together with other artists, with which everything actually started. After the past years at the Alter Schlachthof in Wels, the step to the Tabakfabrik in Linz is of course big, but our community is also getting bigger and bigger and I have the best team to make it all happen. We can’t wait for July! 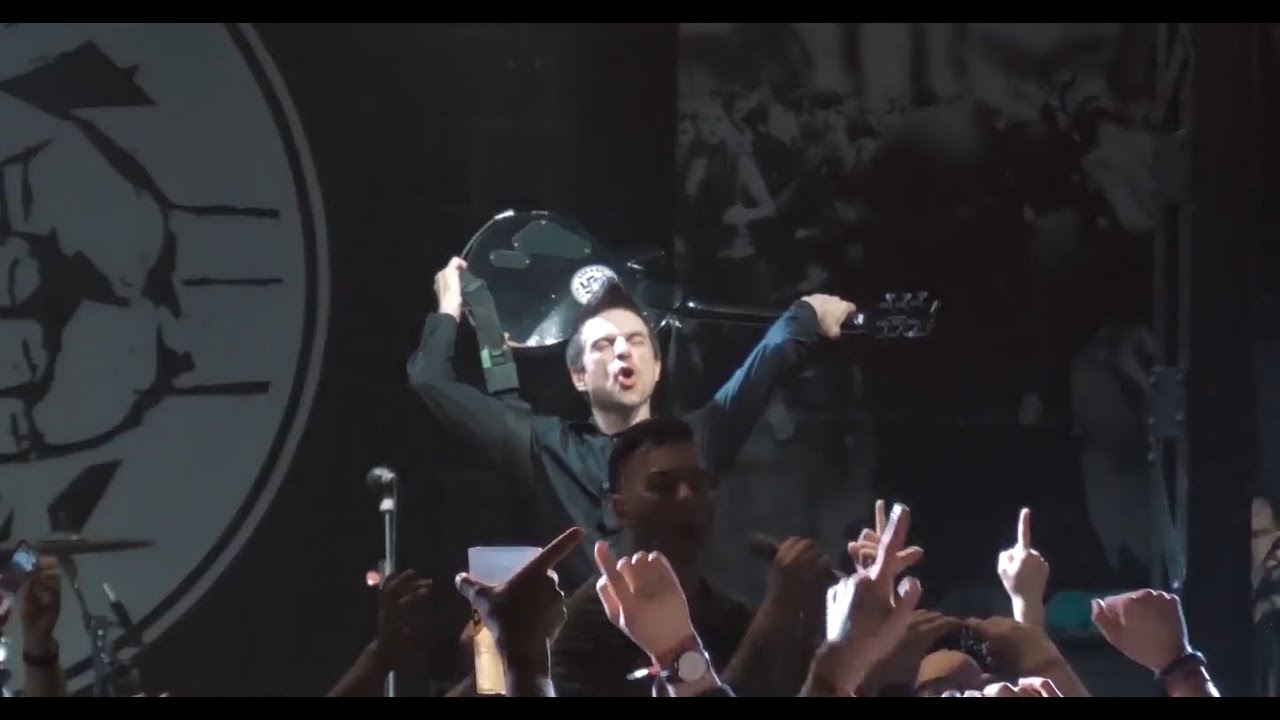 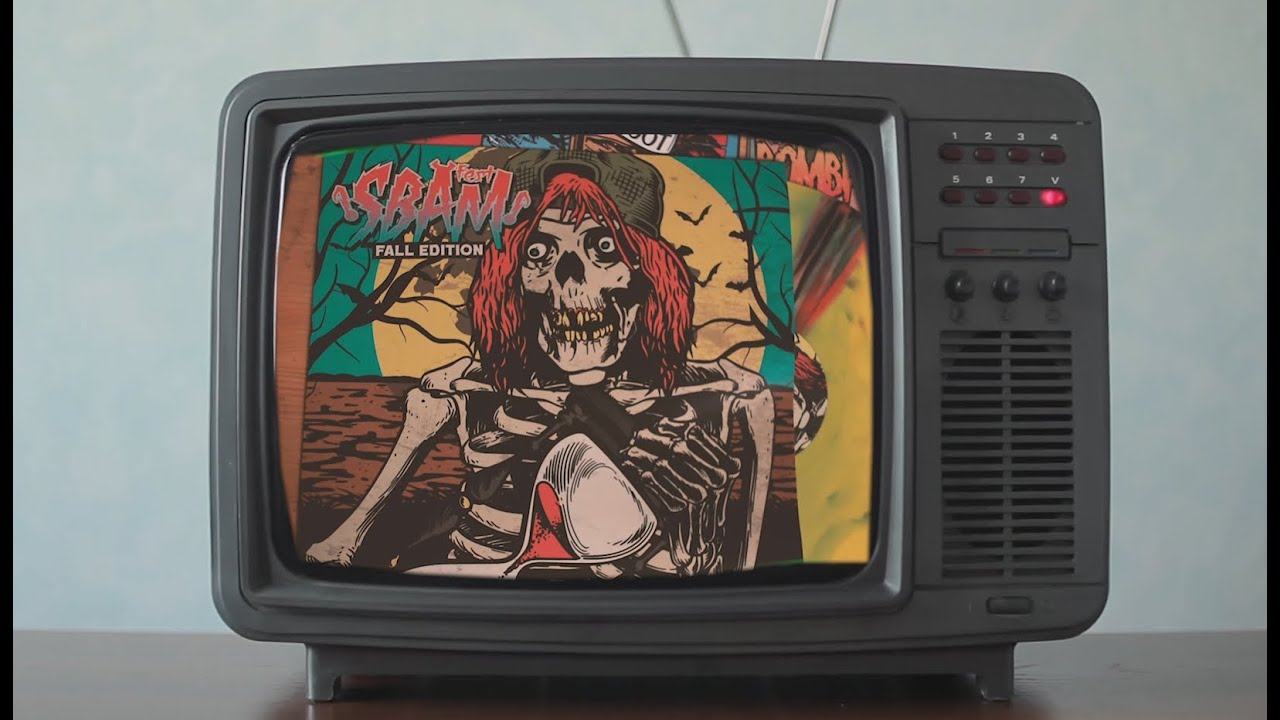 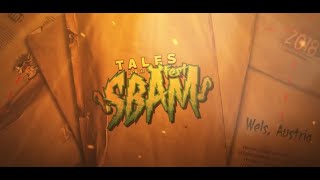 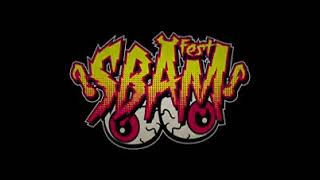